Have questions?
Ask your lawyer

DUI checkpoints are leading to more than just alcohol-related criminal consequences for California drivers. The purpose of sobriety checkpoints seems straightforward: to reduce the number of drunk drivers on California highways and prevent death and injury resulting from driving under the influence of drugs or alcohol. In at least one area of California, though, state-financed DUI checkpoints also contribute to the removal of hundreds of undocumented immigrants annually.

In Escondido, local police have an exclusive partnership agreement with U.S. Immigration and Customs Enforcement, or ICE, known as "Operation Joint Effort" - the only one of its kind in the U.S. When police discover a suspected illegal immigrant during a DUI checkpoint stop, they can contact ICE, which has an office within the Escondido police station.

According to KPBS.org, these DUI checkpoints, which are funded by California Office of Traffic Safety grants, allow Escondido police and ICE to catch about 10 times more unlicensed drivers - the majority of whom are undocumented immigrants - than drunk drivers. Operation Joint Effort has removed more than 650 illegal immigrants since it started in May 2010, according to the Huffington Post.

Immigrant advocates point to these statistics and argue that ICE and local police officers use checkpoints for of illegal immigrants rather than DUI enforcement. Escondido police responded by telling KPBS.org that they are required to check driver's licenses at DUI checkpoints as a condition of receiving OTS money. An OTS spokesman, however, said police departments do not get penalized for failing to check licenses.

Individuals who have been stopped at checkpoints and now face potential immigration consequences should contact a knowledgeable and experienced immigration attorney who can aggressively defend their rights and seek to have any charges against them reduced or dismissed. 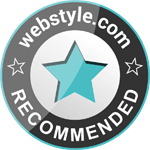 Click here to review us - Let us know how we´re doing!